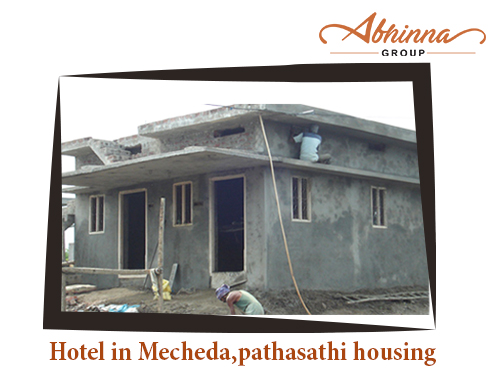 An extended weekend holiday always leaves us in fix. We do not just wish to be indoors and there isn’t a long time enough for a long outing.

However a mini trip to Digha enroute Mecheda can always be planned. There are trains from Mecheda to Digha and the pathasathi Hotel in Mecheda are good enough to provide decent accommodation ,water and washroom facilities. There are also decent eateries in Mecheda. A half a day rest and a visit around the town should be enough. The Kolaghat Thermal Power Plant located at Mecheda is a a very crucial powerplant of India and lot many people come to work here. The place is also known for its educational institutes. College of Engineering and Management in Kolkaghat is a very renowned college.

Mecheda to Digha is accessible both by train and bus. There are 8 long distance and 3 local or EMU trains between Mecheda and Digha. It takes between two and half to a little over three hours. The bus trips take a much longer time and it is always good to opt for train journeys.

It won’t be long before the blue sea beach of Digha is visible before the eyes. Being a sea beach, there are innumerable hotels, lodges and inns where one can check-in. During peak season it definitely requires pre-booking but during off-season many stay facilities are available where one can just walk in and stay.

The beach of Digha has boulders till a certain area to prevent erosion. The sea is generally quiet, except during high tides. A swim in the sea has to be done carefully and cautiously. There are a number of sea-side eateries offering different fish delicacies which one can gorge on.

One can spend the next two days just lazing at the sea side or can take a short trip around too. There is a new beach extension developed about 2 kms away and it is called New Digha. Many tourists nowadays go to New Digha for sea side fun, rather than Digha.

Other than the sea beach there are also little look-around places in Digha. There is a very old church which is famous in Digha. This is located near the Alankarpur Digha which is near Old Digha Main gate.

Other than the church there are two more places of interest:

Marine Aquarium and Research Centre (MARC) : The Seventh Five Year Plan led to the development of this institute. It was established in 1989. It displays the marine biodiversity in the area and tries to build awareness to the people on the need to protect and preserve marine life. There are also scope of research work.

Chandaneswar Lord Shiva Temple: This temple is located about 8km away from Digha at Chandaneswar. Lord Shiva is worshipped at the temple. Though technically Chandaneswar is a part of Odisha, people from both Bengal and Odisha go there.During the annual fair in the month of Chaitra , half a million people nearly visit this temple.

Having done with the visits and the weekend being over, it is time to return to the nest. There are umpteen train and bus services available from Digha. We can opt for any one. When we return we return with memories of a short but memorable visit.