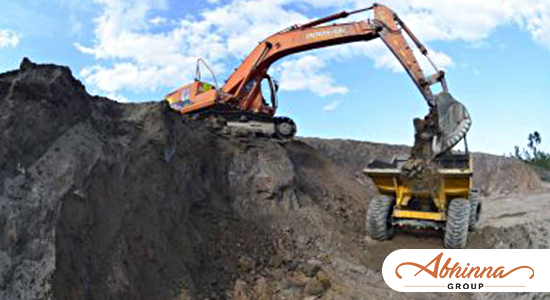 * The word ‘Graphite’ has been derived from a Greek word, which means: ‘to write’.

* Graphite is a naturally occurring form of carbon and is a stable form of it.

* Graphene, found naturally in graphite in considered one of the strongest substances found o earth. It is said to be 200 times stronger than steel.

* Graphene is a very good conductor of heat and electricity.

* All these varied uses of Graphite in different forms make it one of the most desired mineral in different industries.

India is one of the leading manufacturers of graphite in the world – ranking among the top five. India has a reserve of over 11 million tonnes of ‘crystalline allot rope of carbon’ .According to a survey by Geological Survey of India, 2013, one of the leading states in terms of graphite reserves is Arunachal Pradesh, at around 43%. Graphite mining is hence a lucrative venture in Arunachal Pradesh.

Mining of Graphite as a profitable venture in Arunachal Pradesh :

* Graphite having a heavy usage and need in different industries is a much used mineral. Since there is high demand for it, any venture around it would be very profitable.

* Arunachal Pradesh having a high reserve of graphite has the source to meet the demand and thus cater to the supply requirement.

Mining being a very specialized industry, it requires good expertise to handle mining. Mining is a very lucrative business venture but there are many factors which have to be kept in mine – preserving and protecting the natural environment by prevention of loss to flora and fauna. Also, it is important to ensure safety and security of the workers involved in mining , as well as those staying in the local areas. So, overall it is a lucrative, yet challenging task.

The Abhinna Group is one such group which is managing five such mines in Arunachal Pradesh and controls the largest reserve of graphite. Keeping all the issues in mind, the group is managing the mines very well.

Tapping the rich resources of graphite can reach India to a very high position in global economy.