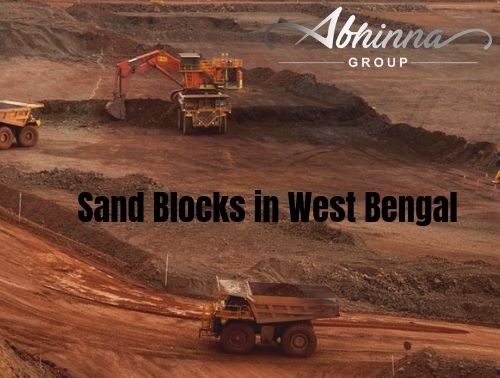 Sands are versatile. They are used for construction purposes through supply from Sand Blocks in West Bengal. They can also be used…
in art form. Here’s how.

Sands are versatile. On one hand they are used in construction of buildings, bridges and other crucial construction. That is the reason there are sand block mining companies. For instance, there are many Sand Blocks in West Bengal.

Sand Art : Sands are versatile and hence they can be used as artistic endeavours too. Sand art is one such artistic form where sand is modelled into sculpture forms using the basic ingredients of sand and water.
Sand art is practiced in sea beaches as both the ingredients required are available in abundance. However the type of sand required for sand sculpture should ideally have a mixture of silt and clay. That helps to hold the sand grains together. When made wet with water, the sand grains always stick to each other and adhere to each other, thus giving it a texture that can be moulded into sand castles. Rougher sand particles help create better bond between the paticlaes and stay for a longer time.

When the sand gets dried, the holding property between the particles may change and the structure may have landslides. Originally shovels and buckets were enough to build sand castles. But for bigger constructions, pieces of wood and plastics are used to hold sand-piles in place. These are named as forms.

The largest sand castle has been built by Ronald Malcnuijo. The castle, which was built as a part of a contest, was 18 feet high.

Nowadays sand sculpting has become a very important form of art. Hundreds of small and big competitions are held every year. Infact there have been sand artists who are making a living out of sand sculpting.

Sudarshan Pattnaik hails from Puri, Odisha. He is of 42 years of age and one of the leading sand sculpture artists in the world.

He has represented India in over 60 different Sand Sculpture competitions around the world and has won a large number of competitions.He is an honorary doctorate, an honour bestowed by the University of Berhampore.

In the year 2012 his name was entered in the Guiness Book of Records for creating the tallest Sand Castle in the World.

He is not just a sand artiste but creates social awareness too through his craft. He has covered several social issues through his sand art. From AIDS to wildlife, from Peace to ill effects of terrorism, from global awarming to natural conservation – his issues have tried to cover a host of topics that affect and have effect on human kind.

Need to promote Sand Art : Sand Art is something which needs to be promoted. During different beach festivals, artists involve in sand art and receive appreciation. Different corporate houses must come forward to promote this art form because it is not only promotion of an art form, apart from sand block Mining Company in Kolkata but also endorsing the different social issues put forward by the sand artists.